With Windows 7 end of life/extended support looming ahead only a year away, more and more upgrades and new purchases are happening to bring environments up to Windows 10. Many have switched already and might have even been switched for years, but many are lagging behind with an increasingly compressed upgrade schedule. I'm not going to go on about the differences or similarities between Windows 7 and Windows 10 because there is nothing new I could add to those topics that haven't already been covered by nearly everyone else.

Well, there is one thing I'm going to talk about, and that is touchpad gestures. This is primarily in regards to laptops or machines with external touchpad interfaces connected to them. On Windows 7, touchpad interfaces were relatively simple: you had a left-click button, a right-click button and the pad. Typically, the right side of the touchpad also operated as a scroll wheel and the touchpad itself accepted taps as clicks. There were subtle differences between manufacturers and some of these differences were able to be modified by their respective drivers.

Now I personally tend to work more with desktops and laptops on docking stations where I use a wireless keyboard and mouse, so I hadn't had much exposure to using a touchpad on Windows 10. At my current job we are very behind as far as Windows 10 goes, so a remarkably large portion of our machines are still Windows 7. In fact, until just 4 months ago all new machines were actually DOWNGRADED to Windows 7. A few months ago we started planning what our next generation model of laptops will be and testing new Windows 10 features (new to us, at least) we want to support, like Windows Hello. During testing, I happened to be in a browser looking up some driver information and went to scroll by dragging my finger down the right side of the touchpad like I always had, except nothing happened. I tried again and all I did was drag the pointer down. No big deal, I just used the scroll bar on the side of the browser instead and gave it no second thoughts.

Moving forward to just a month ago, I had bought new laptops for my wife and I since ours were definitely past their prime. She had a late 2008 model 13.3" MacBook and I had a 17" HP DV7 "entertainment" laptop from December 2008. Yeah, 10-year-old machines... Over the years they had both been maxed out at 8GB RAM, upgraded to SSDs, and had new batteries installed, so they had gotten us by. But more and more, those older dual-core CPUs and aging video controllers just were NOT cutting it; the Mac was no longer supported by newer OSes and the HP wouldn't officially support Windows 10 with reports of forcing the upgrade resulting with lackluster performance at best. So after some looking, we went with some new Dells; a 15" Inspiron 5575 for her and a 17" Inspiron 5775 for me, both with new AMD Ryzen CPUs. Right out of the gate I upgraded RAM to 24GB & 32GB and replaced the 1TB spinning disk with 500GB NVMe SSDs. Both machines came with Windows 10, of course. After the first few days using it, I could not figure out how to scroll with the touchpad. It can't be THAT hard, I've been using laptops forever, I should be able to figure it out! Well, thankfully Google is my friend (as it should be yours too). A search of "Windows 10 scroll laptop" yielded a result near the top referring to Touchpad Gestures for Windows 10. In Microsoft's endeavor to make Windows 10 the one Windows for all devices, it seems that they sort of merged some of the touchscreen/phone interfaces in with the traditional computer interface to make "gestures". Now these gestures are definitely a Windows 10 thing, but it's worth noting that not all touchpads support all of these gestures. Most newer touchpads are "precision" touchpads that support multi-finger gestures and motions, but if you've upgraded an older machine, or bought a more low-budget machine, you might not be able to use every gesture on this list.

Here are all the Windows 10 gestures, in order of the number of fingers used:

One Finger Gestures
Selecting: To select using the touchpad, once the mouse pointer is over the item you wish to select, simply tap the touchpad with one finger. This is the same as previous versions of Windows. *This gesture works on nearly all touchpads*


Two Finger Gestures
Right-Click: To simulate a right-click action with just the touchpad, move the mouse pointer over the desired item and tap the touchpad with TWO fingers. *This gesture works on nearly all touchpads*

Scrolling: Scrolling is now down with two fingers. Place two fingers on the touchpad and slide up or down the same as you would on a smartphone; swiping up scrolls the page down and swiping down scrolls the page back up. This also work similarly for horizontal scrolling, swiping left to scroll to the right, and swiping right to scroll to the left. *This gesture works on nearly all touchpads*

Zooming: Zooming in or out can now be done as you would on any touchscreen device, place two fingers on the touchpad and spread them apart the zoom in and pinch them together to zoom out.


Three Finger Gestures
Moving between Desktop, Application, and Task View planes: This one is neat. If you conceptually can think of the computer as having three "planes", similar to if you had 3 index cards stacked on top of one another facing you. The bottom card is what I'll call the "Desktop plane", the middle card I'll call the "Application plane", and the top card I'll call the "Task View plane". Typically, you're looking at the computer from the view of the "Application plane" as though it were partially transparent. You're looking at applications, but can also see through to the desktop in places that there aren't windows, and if there are no windows then you see just the desktop. The "Desktop plane" is what you get when you peel the "Application plane" back, you get JUST the desktop. This doesn't mean the application went away, minimized, or rearranged, you're just UNDERNEATH them. The "Task View plane" is what you get when you hit the Task View button down on the task bar that is usually located to the right of Cortana, or if you hide Cortana it will be to the right of the Windows button. Think of this plane as the overall view of the applications opened now and recent application history. Now that I have described these "planes" the way you move between them is to place three fingers on the touchpad and swipe up and down. Swiping up works back towards the "Task View plane", and swiping down works towards the "Desktop plane".

Switching between open windows (the gesture form of Alt-Tab): Exactly as it sounds, this is the gesture version of pressing Alt-Tab to cycle through windows. To do this, place three fingers on the touch pad and move left or right. A short tap + quick swipe is exactly the same as pressing Alt-Tab to switch between the two most recent windows, and keeping your fingers on the touchpad after you drag right or left keeps the window selector up for more specific selecting, exactly like pressing and holding Alt while you repeatedly press Tab to cycle through the window selections until you find the one you want and letting go brings that window to the top.

Switching between virtual desktops: Windows 10 has finally added the option for virtual desktops native to the OS, something that UNIX/Linux has done for decades and even Mac has done for about 10 years. In the past you had to use third-party applications to create or simulate the multiple desktop functionality. Ok, cool, so you can have virtual desktops in Windows 10, how does that apply to touchpad gestures? Well, now that you have them, you need to be able to switch between them, otherwise what's the point. Well, you have a few different options: open Task View and click on the one you want, press Ctrl + Windows + and left or right arrow to move between them, or a cool new touchpad gesture. To switch between virtual desktops using touchpad gestures (and only one hand) place four fingers on the touchpad and swipe left or right to move between desktops. Simple as that!


Five Finger Gestures
There are no officially documented five finger gestures. That being said, I did try a multitude of movements with five fingers, trying all of the fingers on one hand (which was awkward) and a combination of fingers from both hands to make five. Nothing responded with any actions unless the touchpad didn't perceive one or more fingers and performed the associated two, three, or four fingered gesture.


Multi-Hand Gestures
At the moment there are no specific multi-hand gestures for Windows 10 on touchpads. You can always use a combination of fingers from both hands to meet the finger requirement for the gestures above if you really want to use both hands, but for now, that's about it.

I hope this was as helpful for you as it was for me when I learned it. Clicking, right-clicking, scrolling, switching through windows, and more can now all be done with only one hand on the touchpad. Once you get the hang of it, it can really make things simpler.

Comment below and let me know what you think or if you have any questions. Thanks!

My absolute favorite from this is the ability to use virtual desktops in Windows 10. Words can't describe the productivity increase. I simply create and manage the virtual desktops with the "Task View" button on the menu bar. I don't use the mouse gestures, however I simply click the Control, Windows Key, and Left/Right Arrow at the same time to quickly switch between them. 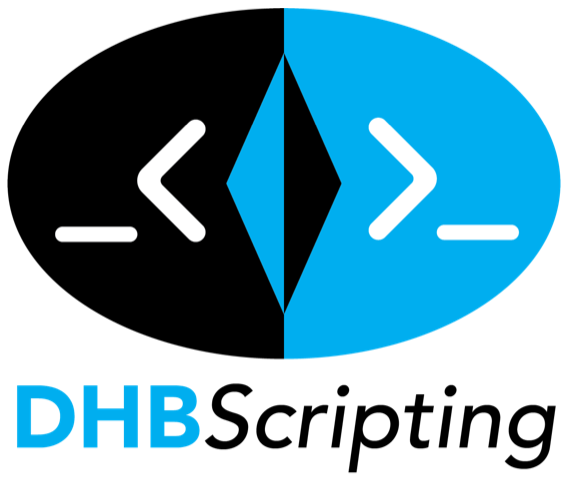